Song of the Day 0

With or Without the Gap?

As lovers of REAL MUSIC, I’ll bet that most of you reading this post have been known to enjoy a tune or two by the Gap Band over the years. Tell me something, did you know the Gap Band…

Not bad for a group started by three bothers (Charlie, Ronnie and Robert) from Tulsa, Oklahoma. That’s right…TULSA! Who knew?! 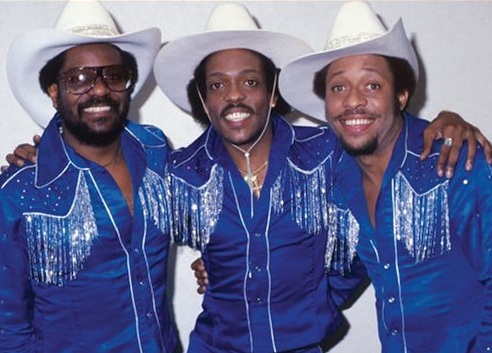 But what got me to thinkin’ about the Gap Band tonight was that doggone Charlie Wilson! Driving home today, I heard that he’s doing the New Year’s Eve show in Atlanta. I’ll tell you what…”Uncle Charlie” seems to be enjoying equal, if not greater success without the ‘gap’ [band]. Isn’t it fascinating how Charlie has managed to reinvent himself through a solo career and a string of hit singles, albums and constant touring each year? Think about it–he’s been going strong like this since 2005.

At 59, Charlie Wilson is schoolin’ today’s young cats about showmanship and the importance of being an entertainer which explains the legions of die-hard fans he’s created across the globe. Y’all can’t deny it–Charlie Wilson still got IT and has stayed true to real R&B.

So with that, I’ll leave you with this oldie but goodie:

(This song was released in 1985 and reached the #8 spot on the R&B Charts. And yes, it sounds quite similar to the Band’s #1 smash…Outstanding!)

Go ahead and pull out your favorite Gap Band (and Charlie Wilson) hits and enjoy!