Song of the Day 0

You ever get the feeling that someone or something is following you? Yeah? Well…try imagining being followed by a SONG all week-long.

Now, maybe you’re saying, “That’s not so strange. Just turn on any mainstream radio station and you’ll experience the same 3 songs every hour on the hour!” **I liken it to the way a whole “fryer” rotates mercilessly on rotisserie skewer, over and over and ov…well you get the point! [and naw…I still do not eat chicken! LOL!!!]…but I digress!**

At any rate, Top 40 song rotations aren’t quite what I’m talking about. Let me explain.

See…this is an older tune. One that was never released as a single and in fact is the closing song on the album. I met its acquaintance somewhere around the year 2000. But on Monday, it just started playing in my head like it was all shiny and new. Its melody is hypnotic yet peaceful and comforting. It’s beat is simplistic and has been thumpin’ through me, like it was mimicking a familiar pattern. Perhaps that of my own pulse? Eh…perhaps? But then again…maybe that’s a skosh too deep. 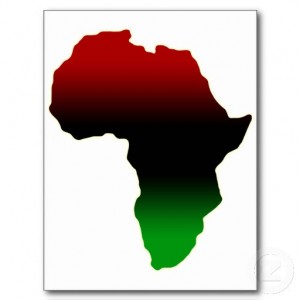 Bits and pieces of the stanzas from the first verse would surface out of nowhere. Memorable lyrics. Ones that begged to be sung. And then, on cue… a series of melodic whoooa’s. But as annoying as this might sound, somehow I didn’t mind this stalker accompanying me throughout my week’s journey.

Okay, so maybe I put it out there subconsciously. Maybe I carried it with me because of my growing desire, as of late, to return to the place this song speaks of. My affinity for the people…my people, the land…the air…is no secret. With just one visit, it gets in you. Becomes a part of you are and never let’s you go.

Well fast forward a couple of days and wouldn’t you know, I hear it. And then…I hear it again. And again. At this point, I’ve heard no less than 6 or 7 times in the most random places. On my cable t.v.’s Music Choice jazz station (good ol’ t.v. radio); in the car…on satellite and then yesterday in the elevator as an instrumental version–compliments of Muzak. So…you see, I really had no choice but to make this one my song of the day/week. It actually chose me.

I hope you enjoy it as much as do! Listen carefully and tell me how it speaks to you!!

Until Next Time…long live and LOVE the RED, the BLACK and the GREEN,