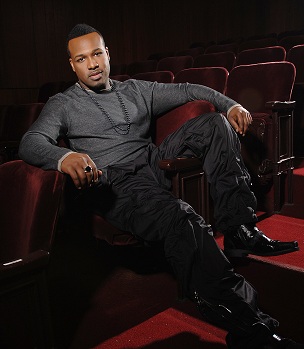 What a dynamic year it has been for VaShawn Mitchell. Not only was he nominated for two Grammy Awards, he recently finished a multi-city promotional tour and numerous television appearances. “I believe that God is showing me that it is truly my time and my turn,” said VaShawn. “This has been a year of firsts for me—my first time appearing on the “Celebration of Gospel” and my first Stellar Awards appearance. I just learned that I’ve also been nominated for two Dove Awards. This is all mind-blowing.”

With the release of his highly acclaimed album, “Triumphant” last August and the smash single, “Nobody’s Greater” which has been dubbed the “worship song of the year,” it is clear that VaShawn has been blessed with the gift of song. “Nobody Greater” has repeatedly earned the number one spot on Billboard’s Hot Gospel Radio chart, as well as reached the R&R Gospel Top 30 singles chart.

Although born and raised in Chicago, IL, VaShawn now resides full-time in Atlanta, GA. “Prior to moving to Atlanta, I kept hearing God tell me it was time to do something different. Now I know this whole thing has been God ordained.”

In addition to maintaining a burgeoning career, VaShawn is currently serving as the director of worship and arts at the Higher Living Church—a role he doesn’t take lightly. “As a praise and worship leader, I’m responsible for helping to set the atmosphere for the preached word from the pastor,” says VaShawn. “Praise and worship is one of the only forms of music that is created solely for God. It touches you in place where you
have to focus on His deity and greatness.”

If the last several months have been any indication of what’s next for VaShawn Mitchell, it is clear that with God he is destined to be victorious.

For a complete listing of upcoming concerts and appearances for VaShawn Mitchell, log on to http://vashawnmitchell.emigospel.com/.