Features, Hear Me Out, Musicophilia Memorabilia 0

Hear What I Hear has been toying with the idea of doing an “Open Mic” series, where we invite guest writers to submit their musical memoirs on a variety of topics. So today marks the first installment and our guest blogger is Ericka Nicole Anderson. Read on to learn about Ericka’s lifelong admiration of Michael Jackson, who passed away 5 years ago…today.

This is a question Michael Jackson fans have asked for the last five years worldwide. For this Michael Jackson fan, it’s a day I’ll not soon forget – just as I won’t forget attending a Jackson’s Family concert when I was five years old. There was a moment when I was gently guided into the aisle by the grownups (led by my parents) on my row. You see, Michael was at the end of the aisle working his way up, and the grown-ups wanted me to have my big moment with him. Back then the microphones were corded, but the cord was not long enough for Michael to reach me at the top of the aisle. I stood there, holding on to my denim skirt, in awe of this entertainer who would later be solidified as the greatest of all time – for at least a couple of generations of people. But he didn’t return to the stage without blowing me a kiss and waving to me. In my five year old mind, that was the night admiration blossomed into love!

Five years ago to the day, Michael Jackson took what we thought was his final curtain call. With his death, we wondered if there was a special “vault” full of previously unreleased music that we would now be privy to. “This Is It”, the only original song on the posthumous movie with the same title, was a possible glimpse of the music Michael left behind. It gave fans a glimmer of hope that, like the late Tupac Shakur, there could be years of new material to come. Then in 2010, Sony quickly released “Michael”. Its production was safe, shoddy and lacked Michael’s mystique. The vocals were not at all Michael-esque. There were far too many questions surrounding this album, from the record label’s motives to the uncertainty of Michael actually recorded enough of the songs for the vocals to all be attributed to him. As a lifelong fan, “Michael” was a disappointment – at best. Fans worldwide continued to celebrate the life of Michael Jackson and record sales of all of his albums continued to soar. Often, we can watch new videos that have gone viral, of a kid doing his/her best Michael Jackson impression. These are kids who were young when Michael passed on. They weren’t born when the Emmy Award winning 1983’s Motown 25 propelled MJ, the moonwalk and the art of Hip Hop dancing into the stratosphere. What a new generation considers the norm, Michael may not have invented, but he certainly became the face of and paved the way for others to follow. And boy, were there others.

The modern boy band is based on the success of the Jackson 5, which was Michael Jackson’s introduction to the world. Every boy band from New Edition, New Kids on the Block to BoyzIIMen, Backstreet Boys and *Nsync, all structured their groups on a charismatic young vocalist and good, solid harmonies. There’s usually synchronized choreography as well. But for the most part, there’s one singer who stands out. There has also been a plethora of male solo artists who carry the mantle (so to speak) of Michael Jackson. Usher, Chris Brown and a pair of Justins have all unmistakably taken the dance moves of Michael Jackson and re-introduced them to their own fans. Michael was said to have been a fan of Chris Brown and his family invited Brown to pay tribute to Michael on the 2010 BET Awards. The influence was evident. During Michael Jackson: 30th Anniversary Special from 2001, Michael joined both Usher and *Nsync onstage. Viewers could see the respect each of the young men had for the ultimate performer who had paved their way. One of those young men was Justin Timberlake. Since then Justin Timberlake’s talent has taken him higher and higher…which takes me to Michael’s latest posthumous release, “Xscape”.

In early 2014, there was talk of a new album of unreleased songs by Michael Jackson. In April, a single entitled, “Love Never Felt So Good” was “leaked” on entertainment and social media sites. It was a remixed, re-mastered song Michael had recorded years ago, featuring Justin Timberlake. It would seem this song would bridge the best of all things King of Pop and the reigning Pop Superstar. Only, when this fan heard it, I was underwhelmed. I thought the production was safe, the vocals were safe and the whole song was…safe. Reluctantly, I pre-ordered the deluxe album on iTunes and didn’t think about it again. I didn’t think about it again, that is, until “Xscape” was automatically downloaded to my iPad. Since I’d ordered the deluxe album, I was privy to more than just songs. There was a documentary included in my download. As I watched, I’d learn that the legendary producer L.A. Reid had spearheaded this project and had brought in other producers like Timbaland and Rodney Jerkins to give old songs new life. Reid had gone through a “vault” of songs and had only chosen songs Michael had recorded from start to finish. He reasoned that Michael had to have shown interest or liked a song to have recorded it in its entirety. The producers then went to work on these songs and produced what I think would be a pleasant surprise to Michael Jackson fans. My personal favorite is the second track on the album entitled, “Chicago”. It’s a mid-tempo, riding in your car with the windows down kind of song that tells a story of a man who falls for a lady he meets as he travels to Chicago…only to find things are not quite as they had originally seemed with her. “Loving You” is another mid-tempo love song, done as only Michael could do. Then there’s the dance track, “Slave to the Rhythm”. If you watched the Michael Jackson hologram performance during this year’s Billboard Awards, this was the song that played as we watch a hologram reproduce Michael’s moves. I’m a grown up (some would argue), but watching that hologram performance took me back to what has been called my adolescent crush, as I shrilled with excitement. Watching those in attendance and seeing the performance up close and personally, I could see I wasn’t the only excited viewer. Five years after Michael’s death, he still excites. The “Xscape” album again reminds us of what could’ve been. 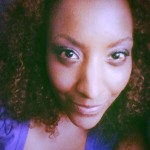 Ericka Anderson hails from Chicago, IL, but has made stops in Jackson, MS; Atlanta, GA; and Sacramento, CA before settling back in the Atlanta area. She grew up listening to R&B, Jazz and Classical music and was a musical student from elementary through high school.  She loves all genres of music and you kind find a kaleidoscope of sounds in her iTunes library.